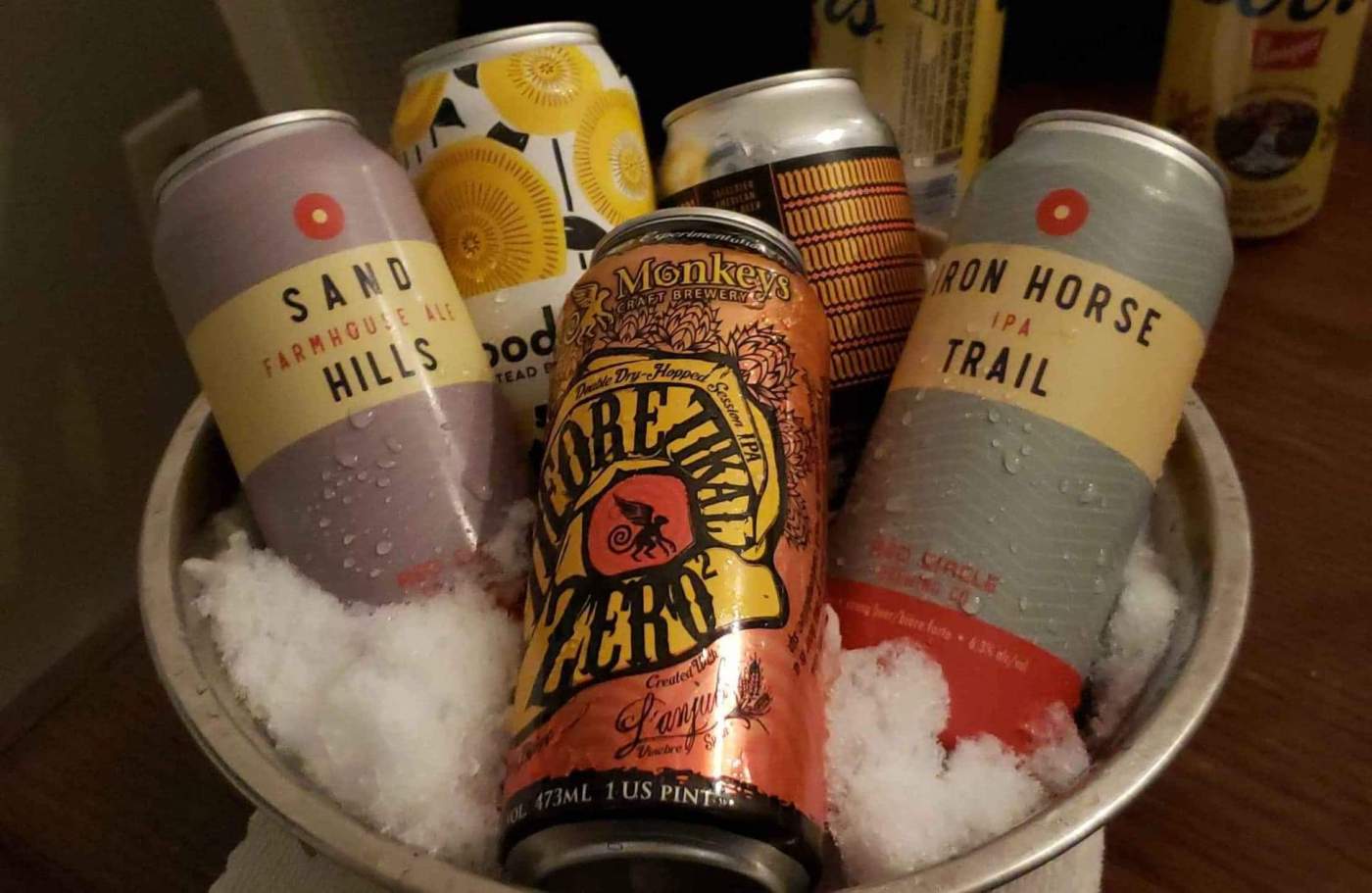 What did you do this past New Year’s Eve? Well for me, my boyfriend and I had plans to head to Chris and Kelly’s house for a quiet night in of drinking, board games and of course Dick Clark’s New Year’s Eve Party. But unfortunately, the flu hit me hard, leaving me dying in bed and cancel plans.

Well a couple of weeks ago we decided to reschedule our plans and decided to head up to our friends’ place for drinks and games. And then our first snow storm of the season, great. Well this time around, we were not going to let anything stop us from going out and having some fun. We were on a mission.

We finally made it up the “Mountain” thanks to the HSR and I would have to say that it was a very successful night.

Here are our ratings of the beer that we had that night. (Ratings out of 5).

Out of all the beers we drank that night, I have to admit that I had two favourites.  They are:

Whitewater Brewing Co. – Peanut Butter Shake. it was just like the label said.  It tasted like a peanut butter shake.  When drinking the beer, you can taste the peanut butter with the hint of chocolate/hazelnut.  Some may say that it’s pretty sweet, which makes it great for a dessert beer.

The Grizzly Paw Brewing Co. – Beavertail Raspberry Ale.  It was a very light drinking beer.  It was almost like drinking juice, which means, it can be a ‘dangerous’ drink.  The beer is a tart in flavor

Now, I won’t go into all the other beers and how I feel about them, but if you have a question about a beer from the above, feel free to comment on the post!

One thought on “On a mission”