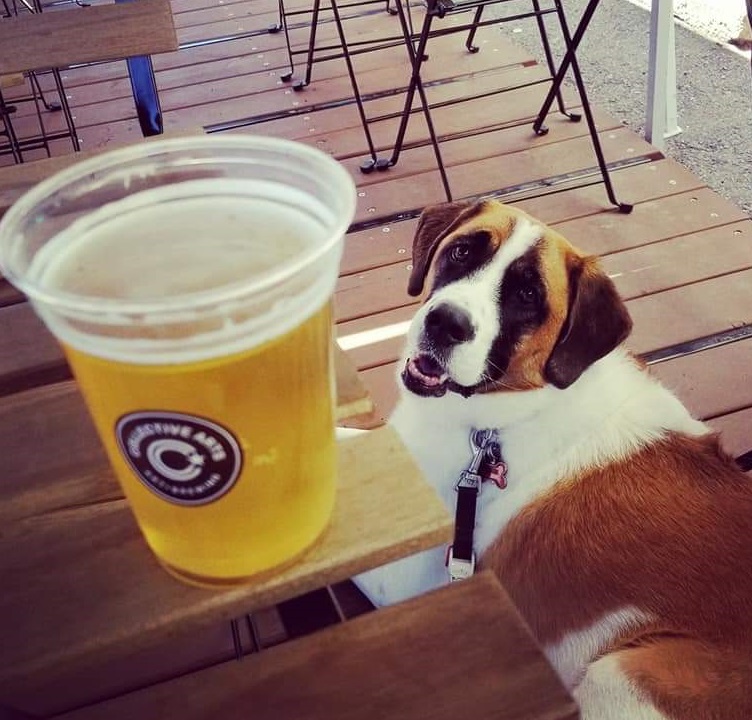 Everyone who knows me, knows that I love my dog very much. It’s true. My Sophie is my furchild and she loves to go wherever I go. But unlike some places in the world, there aren’t a lot of dog-friendly places to go to.

But there are some breweries in Hamilton that are dog-friendly and the wonderful staff at these places welcome them with lots of pets, water and if your four-legged friends sit pretty, they may even get a treat! Here are some popular stops around the area.

Collective Arts Brewing opened its Hamilton location in 2013 and was founded by Matt Johnston and Bob Russell. Their mission is to “combine the craft of brewing with inspired talents of emerging artists, musicians, photographers and filmmakers.”

They have over 10 different beers on tap for you to try. And what’s great about their beers that it’s canned with feature artists’ artwork. This popular beer joint also offer beer tours around their brewery and have weekly entertainment and events.

Most popular beers: Life in the Clouds and Ransack The Universe (Although there taps/ beers are changing, these 2 are part of their “core” lineup.)

Opened in May 2017, this brewery is located in west Hamilton’s Ainslie Woods area, very close to McMaster University. Besides having a tap room and bottle shop, they have plenty of space to hold special events.

In their tap room, they normally offer 7 beers on tap and plenty of bottled beers in their fridge.

Most popular beers: Dream Pops (Their beer lineup is always changing, so you will need to check with them to see if Dream Pops is available)

Founded by Joe & Lindsay, this brewery was in the works for years, but finally opened their doors back in October 2017. Also located in the west Hamilton’s Ainslie Woods area, it is just steps away from Fairweather.

They normally have 8 different beers on tap. Most are special releases and are only available for a limited time only.

Most popular beer: In The Palms with Guava

Other places that are dog-friendly in the Hamilton area are Shawn & Ed Brewing Co. and Clifford Brewing.

Depending on the city that you are in, most cities that I have been to there are plenty of dog-friendly breweries.

So next time you are looking to go do something with your furry loved ones, why not take them to one of your local brewery and have a pint!